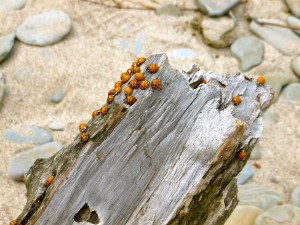 Former President Clinton has been in the news lately for his vegan diet. You only have to look at him to know how much his health has changed since he was in office. He looks vibrant. A recent article in AARP has him admitting that he actually craves vegetables. Most of us who have been on the vegetarian or vegan trail for any amount of time know what that feels like. You get a boost from eating vegetables—especially organic and home-grown vegetables—that you can’t get any place else. And if you really want what amounts to a nutritional rush, try juicing once in a while. I like to juice for a day or so now and again, sort of like giving my vital systems a spa day. It’s a bourgeois notion, I realize: you have to have an expensive juicer to be able to accomplish it, but, hey, I bought mine second hand, and before I bought the second-hand one, Phil and I used a juicer that came from the 1940s. It looked a little like R2D2, but it worked.

The former president has also taken a bit of a lashing recently from folks of the vegan ilk who insist he can’t call himself vegan if he eats a piece of salmon weekly. Well, I beg to differ. I advertise myself as following a gluten-free, vegan diet, and I, too, eat a small piece of fish each week. I’m very particular: it has to be wild-caught Alaskan salmon or cod. But I do make sure to include it in my diet because I feel the need for it. I don’t have scientific or vegantific proof—all I have is the proof of my body needing the whatever-something is in that piece of fish that I’m not getting any place else.

And don’t tell me it’s omegas, because I get plenty of those from Phil’s Daily Hemp Shake (see related posts).

But vefore the vegan community smites me down, let me explain.

When I began writing Blue Moon Vegetarian, my then-fiance and I had indeed decided to embrace a vegetarian diet. We were pretty successful, but he still struggled with a craving for meat. Then a little over a year later, we watched a film called Forks Over Knives. I was very persuaded by a large study of Chinese peasants (http://www.thechinastudy.com/the-china-study/about/) in which millions of Chinese were interviewed about their diets and had their blood analyzed back in the 1980s. The correlation was clear: people who ate plant-based diets with an average of a couple of ounces or so of fish or animal protein per day were the healthiest. In other words, a 95% plant-based diet. And not much soy. Contrary to what many think, the traditional Chinese diet includes very little soy.

So, that’s what I’ve adopted for myself as well. Or, I should say, that’s what I’ve evolved to. I don’t use eggs or dairy, except for real cream in my coffee, and I limit my coffee to a few days a week so that I don’t get too much. If it’s ultra-pasteurized, I usually don’t use it at all, since I believe pasteurization in general is the basis for many health problems, including ear infections, allergies, and asthma in children. I believe our bodies don’t recognize the milk protein—not that it ever did. It’s pretty well known that as much as 50% of the population is unable to digest cow’s milk or is allergic to the altered protein. Fortunately most of our local dairies pasteurize only minimally. Besides, I can’t have it very often or I get an earache. So, I eat one piece of fish a week, usually 4-6 ounces, but only those types mentioned previously. At first I would allow myself to occasionally have fish and chips in a restaurant—so tough to give some things up—but I found I couldn’t tolerate the amount of gluten in the batter, even if I did do my best to remove the breading, so I let that go, too.

Ultimately I came to believe that this diet was best for me because it was the way my generations evolved. For hundreds and thousands of years we ate nothing we did not bring forth from the land—either by growing it or gathering it or fishing for it or passing an arrow through it. My body does best on plants, seeds, and nuts. I figure if I were still living in the mountains as my kinfolk did, I’d do well to bring home a fish a week—I’m just that lazy. And I don’t think I’d have it in me to kill a deer. So, I’m likely to remain a 95% vegan. And I don’t mean to insult, but no mere words from folks with opposite opinions are apt to change that. To me, it’s not so much about a philosophy as what I believe is best for my health and longevity, and I believe that can be different for different people and is largely determined by our ancestral past. To bring it to a point, it’s my body that dictates.