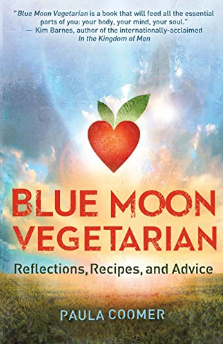 The writing life is mostly comprised of behind-the-scenes, butt-in-the-chair, angst-ridden periods of time in which you are completely certain you’ve made a horrible mistake. You aren’t truly a writer. No one will ever read your work. It will never be published, and if it is, it will only be read by your parents, siblings, and next-door neighbors. You’d be better off as a shoe salesman, a forest ranger or, in my case, a federal officer, a nurse, a teacher.

To that voice I have learned to say, “Buzz off,” because pretty soon, in a day, or a week, or a month, or a year, out of the crystal nothing, small things, tiny things, like a sprinkling of fairy dust, invariably will manifest in such a way as to make me think, “Well, hm. Maybe. Maybe it does all amount to something.”

For example, after Jagged Edge of the Sky did not win any of the big high-brow literary awards, which I never allowed myself to believe was possible, even for a minute, I just assumed its day was done and went to work on the next-next book, as I already had a new novel in the pipeline. I had lived with the story that is Jagged Edge of the Sky for sixteen years. It filled me to bursting, to the point that I resigned a cushy academic job, moved into a cabin in the mountains for three months, and wrote it. Letting it go brought me a measure of grief, but at this age grief is like the shouting man in our town who used to go off his medication and walk in heavy traffic along the bridge swearing at passing vehicles—you get so used it you don’t notice.

Then, when I wasn’t paying attention–voila!–a friend forwarded a snapshot of JES, spotted at Powell’s City of Books in Portland, Oregon, that mecca of all things literary, alongside a Staff Pick note summarizing the story. I couldn’t have been more taken aback. I’ve since learned it was also added to their featured titles list called “Read the Pacific Northwest.” Who needs the damned Pulitzer? This is Powell’s! I scroll through that list of other Read the Pacific Northwest titles and see names like Ken Kesey and Lidia Yuknavitch and Ursula K. LeGuin and feel like a blue newborn, startled into my first breath.

Not to be outdone, Nurses Who Love English (2013), my most recent collection of poems, landed on a top-ten list at A Book for All Seasons in Wenatchee, Washington, another independent bookstore known for its literary taste. Nurses Who Love English came into the world in a flurry of other book releases and a minor crisis or two. It never had its day in the sun at all until now.

These two things together make all the days and weeks and months of anguish over book edits and big-name prizes and lost publishers vanish into the mist.

Otherwise, Phil and I had quite a busy spring with various book promotions and appearances. I was honored to present at Get Lit! Literary Festival in Spokane, Washington, for the first time, and to deliver not one but three sessions on craft and the writing life at Write on the River in Wenatchee, Washington. The Idaho Commission for Libraries’ Let’s Talk About It series took us to Boise, Coeur d’Alene, Grangeville, McCall, and Lewiston. We just returned a few weeks ago from VegFest in Spokane, where I gave a presentation on the idea of cooking for yourself as the ultimate in soul salvation. (“When you cook for yourself from whole ingredients, all food is comfort food.”) We talked to hundreds of people, gave away reams of handouts, and alongside the uber-supportive Auntie’s Bookstore, sold copies of Blue Moon Vegan and what few copies remain of the Booktrope edition of Blue Moon Vegetarian.

This spring I fell in love with five 70-somethings and one 80-something, all fledgling memoir writers, while teaching for Lewis-Clark State College’s Continuing Education Program. So much so that I’ll be back for a repeat this fall, teaching two writing classes, Write Your Life Story, and Introduction to Fiction Writing, and a little workshop called Why Food Matters. If you live near the southeast corner of Washington State and are interested in knowing more, click here.

I’m proud to be able to share with you the first in a series of four videos, made last fall at the behest of Fawkes Press by David Johnson Productions, anticipating the re-release of the Blue Moon books. In reviewing them today, I see myself struggling hard to come across as chipper and positive. I had just gotten news of the sixth member of my family to have died in a little more than a year, some of whom I had lost touch with. After giving myself room to “go easy” on myself, things this year are much brighter, and in some ways I’m grateful for the toughened skin. I have come to realize we can face loss with the same kind of fierceness with which we love, and refuse to be overwhelmed. We can claim our power, give berth to joy, and continue the work of making the world around us a realm of peace, even as we grieve.

Also, ever the body-conscious sixteen-year-old, I’m proud to say I’m smaller than when these were made, and in much better condition than when my father died, thanks to traditional Chinese medicine. It worried me that I was living on mostly vegetables but my bodily footprint wasn’t changing at the same rate as my carbon footprint. Turns out there was a good reason, several good reasons, which is a story I tell in Blue Moon Medicine Woman, to be published by Fawkes Press in 2018. Blue Moon Medicine Woman draws on the wisdom of my grandmothers and great-grandmothers as Phil and I continue exploring the world of plant-based living and the body’s ability–with the proper support–to heal itself. We have learned about tree-bathing, about antidepressants released by the soil, about minimizing our use of Western medicine in favor of traditional practices, and we continue to blossom, individually, and as a couple.

Lastly, here we are already, at the middle of August, and way past time to be thinking about the 2017 Clearwater Writers Women’s Retreat, which will run from Nov. 1-6. The application deadline to the general public was July 1, but we have extended that deadline to Sept. 1. We have two spots left available, and we’d love for one of those to go to you! Click here for this year’s application.

Now to those videos! Click on the links below to view two of four. We’re holding the second two to celebrate the release of Blue Moon Vegetarian, which is already available, by the way, in ebook format. You may note several subtle differences in the book’s cover, including a change in my nom de plume. Eventually we’ll be making a change in this website’s URL to reflect as much. More on that to come.

I hope you enjoy!