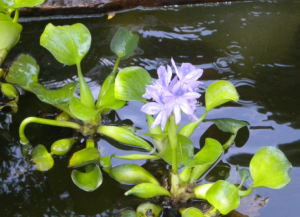 I met Bob Evans at “Jazz at the Lake” at Wallowa Lake, Oregon, in 1990, and we remained friends and correspondents until his death. The following is a revision of a piece I wrote on Aug. 5, 2009, the day after he died:

When Bob was first sick and had managed to fight the cancer into submission, I told him in an email that since he had now successfully faced down death, he was eligible to start his own religion.  I told him I thought he should call it, “Bobbism,” and that his followers should be called, “Bobbists.”  He wrote back claiming to have laughed his ass off.  I don’t think he knew that I really thought the idea had possibilities.

My horoscope via Rob Brezny and “Freewill Astrology” for this next week said it was a good time to take inventory of all I’ve learned in the past few years and to grant myself “. . . a fake diploma” from something like the “Raving Maniac Academy of Crazy Wisdom.”  It is not hard to imagine how this might apply to me if you have ever tried living the writing life.  But surely Bob was no raving maniac; in fact, in the words of his friend Matt McGovern, “He was a classy guy.”

After spending yesterday (August 4) prone to tears and one major episode of downright crying (okay, two), I decided I had to do something to celebrate not this great friend’s passing, but this great man’s life, a man who once put aside his own wishes so that my best interest might be served.  I decided to grant myself a diploma from “The School of Bob.”  And as with any diploma or degree, there must be a transcript of things learned.  It is my humble honor to share with you the things I learned from our friend, Bob Evans:

How to be a Giver:

Have any of us ever known Bob Evans not to give quietly and entirely of himself?  To his friends, his community, the land, music?  Those gifts he gave us he cultivated just as deeply and quietly alone and without applause.  He thought it was his duty to hone his gifts and to give away what had been given to him.

I was embarrassed by the size of my ego in front of Bob.  He taught me to fill my own bucket by working in the service of others rather than expecting life to heap unearned rewards on me.  This is difficult, considering I am my father’s daughter, a Kentucky hill boy who is stubborn as the mules he used to cluck along as he plowed tobacco hills and taught me to be the same way, in other words, ego-driven and in search of control.

Once Bob came to a reading of mine and pointed out an inconsistency in my story five minutes before I was to go on stage.  It was for a contest I had won in Boise, to write a 99-word story, my first fiction publication and one of my first public readings, and I was feeling like parts of me were downright perfumey.  It wasn’t an inconsistency but a lack of clarity, and one easily corrected with a change of syntax. I took his assessment as a warning from the literary gods–pull back the reins, Sleeping Beauty.  There’s a forest full of girls like you out there.  I went on stage feeling uncertain, worried my story was a failure.

That hesitant attitude and the syntatical change ended up being just what the telling of the story needed–you had to slow down to see the connections I was trying to make.  I don’t remember whether people applauded, I only remember they made that sound.  It’s the sound of having consumed the lightest but finest dinner, an “mmmm” growing from the audience and the silence like tender, pale smoke.  It is the storyteller or the poet’s finest compliment.  If you’ve experienced it you know what I mean.  I haven’t heard it often in my writing career, but I heard it that night, and I will always think the thanks goes to Bob for his timely intervention.

Respect for the Planet:

Bob introduced me to organic-French-Roast-shade-grown-fresh-ground-single-cup-gold-filter drip coffee, which is absolutely the best and is the way for nearly twenty years I made it at home.  He also bought me a Juve mug from the Bookloft in Enterprise, Oregon, to drink it in, and it’s still my favorite coffee receptacle, chipped and well-loved though it is.

Bob also introduced me to a book titled, 50 Simple Things You Can Do to Save the Earth, and jazz music.  Nothing made more sense at the time than to reduce what I use as much as possible, even though I’d not thought about environmentalism since high school–the amount I eat (still too much), the gasoline I consume (still haven’t learned to ride a bike), electricity, water–in the meantime saving money and committing to buying mostly necessities, buying local.  Think globally.  Act locally.  I always admired Bob’s ability to work on behalf of this planet and on behalf of bettering its inhabitants and to practice what he preached in his mode of living.

The effect of learning about jazz in anyone’s life, of course, speaks for itself.

It’s very easy to succumb to the imagination as a means of avoiding daily life when you are a poet and a writer, but it is detrimental to your poetry and writing career.  It is much more valuable to discipline yourself to stay present and stay focused on mundane tasks because it teaches you in turn to stay focused when you are in the art or writing studio.  Bob taught me this inadvertently by talking about his own practice and meditation.  Because of his example, I have tried these things, and they have been very helpful in certain difficult situations and in helping me restore my body after years of neglect.

Bloom Where You Are Planted:

Bob believed you should not waste energy moving from place to place.  He mildly chastised me over the years about this tendency I had to keep myself a victim of circumstances rather than making a plan for myself–a learned behavior so many of us suffer.  We had a bit of a difference of opinion because I believe we each have certain atmospheric and geographic requirements and, as Bob Dylan said, are “born far from where [we’re] supposed to be, so [we’re] on [our] way home.”  Bob believed the root searches for water by following the path of least resistance.  I kept searching until I did find my home, but his perspective kept me in place during the weeks and months my fear tried so hard to take me over and make me run for cover.

Tend the Existential and You Tend the Spiritual:

Bob definitely believed you need to earn your own living–but only just enough.  Having a jet-powered career was not for him.  He also believed it was okay not to own property.  I think he believed in taking a sort of “vow of poverty” in life, that it was okay to housesit and to own few possessions if that will meet your needs and save energy for other unpaid work in the community, but also equally okay to earn a little extra and take a journey or do something a little special every once in awhile.  I think he had the spirit of his pioneer predecessors in this way, but I also think it was a very monk-like attitude he’d developed from his own living.  If Bob could talk to us right now, he would tell us all not to worry so much or watch the news so much or eat or drink overly much and to get plenty of exercise and sunshine as a way of enticing the essence of our spirits to participate in the physical world.  He would tell us loveliness would happen by accident if we could all live that life.  He would tell us not to hide ourselves from ourselves.  He told me once (when he was still alive, of course) that the body was the self.  Obviously he was devoted to outdoor activity, which I’m only partially good at–although I could out-hike him when we first met.  (“You could out-walk a deer,” he said on a hike back from Blue Hole one day.)

The greatest gift Bob Evans gave me, without doubt, is training me to lift weights.  This kept me in good condition, and I was able to teach several other people, until after a decade I stopped lifting and turned to other devices in response to an accumulation of losses in my life.  I always remind myself of those early days of knowing Bob and learning to lift when I’m trying to motivate myself to get back to the gym.

Bob is the one who caused me to follow my dream of being a writer.  He didn’t do this overtly, in fact over the years it has been I who have been encouraging him to produce a book about his pioneering family and the Wallowa County region and to publicize his journal work.  But Bob was the first writer I ever got to know.  He just happened to be writing an article about my place of employment for a national journal right about the time we met.  He came to our office and took photos and gave us copies of the publication.  In the photo I was very thin and my hair way too blonde.  I was fascinated to know what it was like to have a job that required writing of that sort.  Bob encouraged me for nearly two decades by following my writing, reading and commenting on drafts and finished pieces.  I knew I could count on him for the truth, whether or not I wanted to hear it.

There is much I don’t know about Bob.  I saw little of him in the last three years, since my life took its own unexpected turn, but I’m very glad to have had the chance to drive down in April to see him and give him cedar bark to burn and hemp seed oil capsules to swallow and mullein to make into tea and am so thankful to Matt and Elaine McGovern and to all who helped our friend through this past eighteen months.  I send my love and condolences to everyone who is sharing this loss and to his parents, who I once took such joy in knowing.

And so it is in his honor that I invite us all to become Bobbists and to grant ourselves honorary diplomas from “The School of Bob.”

Thanks so much for giving me this audience.  I loved Bob Evans dearly.  He was a cornerstone of my life.  I can’t begin to imagine the days and weeks ahead without his presence in it.